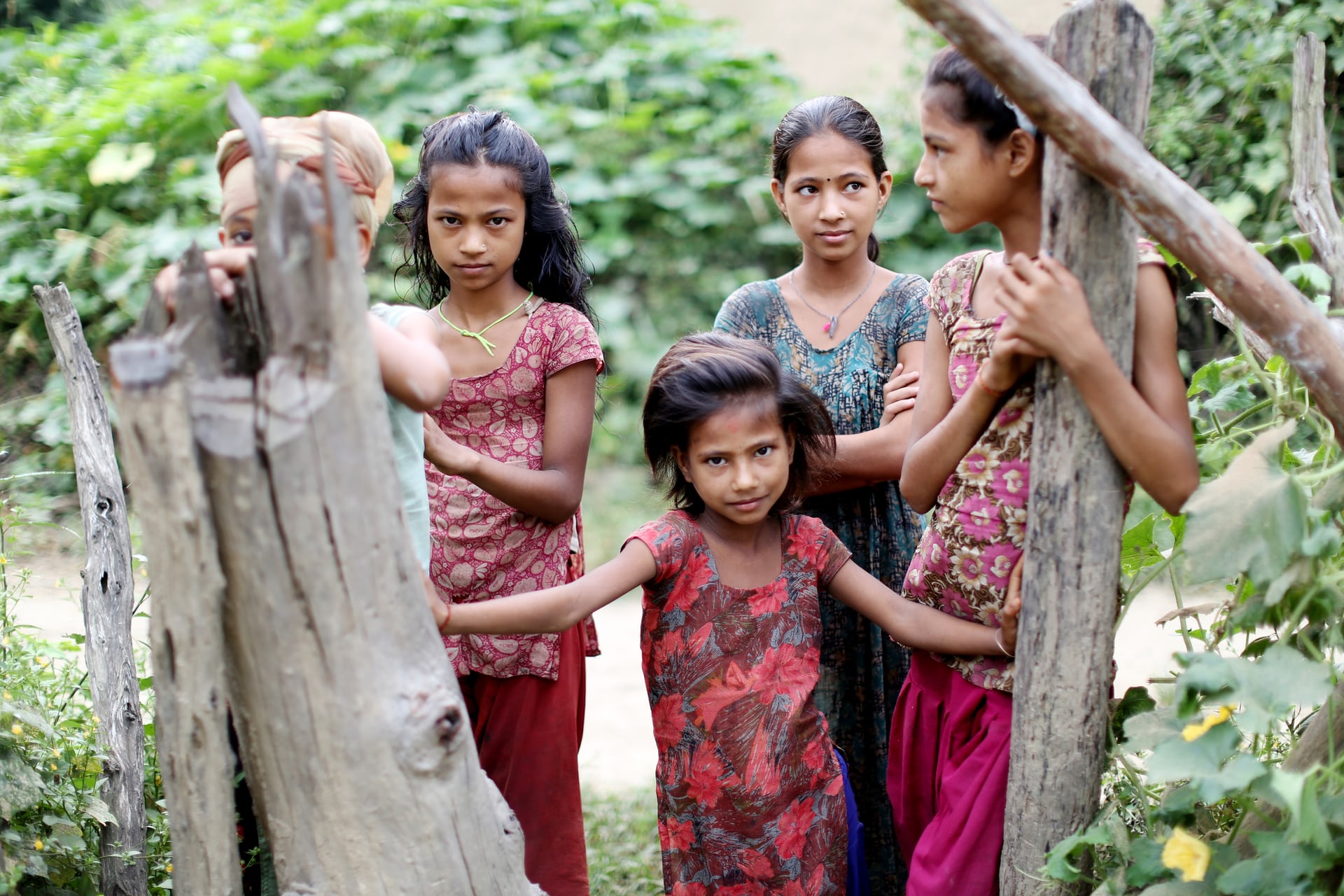 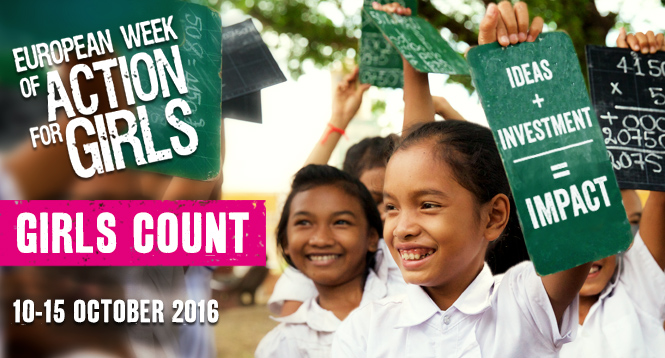 The 2016 edition took place from 10-14 October and put the focus on how the EU should maintain and increase its investments in external action towards the mobilisation of resources and specific budgeting to empowering girls and protecting their rights. Through an extensive programme of events, the 2016 Week of Action brought attention to funding gaps, and looked to solutions for bridging these gaps, in order to ensure that EU policies are delivering on their commitments and what girls really need.

For the 2016 Week of Action, the organising partners produced an advocacy paper which proposes a number of changes that the EU should make to its overall budgeting practices in order to implement its commitments and make the best use of its resources to empower girls and protect their rights. The paper also focuses specifically on EU external action and particularly EU development cooperation.

Description: The world now hosts the largest generation of young people with 1.8 billion aged 10-24. Sexuality education is key to empower young people and give them the opportunity to make important decisions about their bodies, their health and their future. This is important not only for young people themselves but also for their families, their communities and our society. However, sexuality education remains largely unavailable for many of them, with devastating results.

For EWAG 2016, the International Planned Parenthood Federation European Network and the European Women’s Lobby organize an interactive workshop for young people to discuss with EU policy-makers the linkages between sexuality education and sustainable development, and what the EU can do to empower young people to make important choices about their future through its development cooperation. We believe it is important to provide opportunities for young people themselves to exchange on this topic with their policy-makers.

The Girls’ Rights Gazette is a unique publication which makes girls’ rights front page news. It intends to inform readers of the barriers girls still face in the realisation of their rights, while demonstrating the transformative power empowering girls has on poverty reduction worldwide.

Interviews with parliamentarians on funding for girls

Join us for the screening of “Chicas Nuevas 24 Horas”, a documentary from the Spanish director Mabel Lozano. Together with GrupoSur, CIFCA, MujeresMundi, and l’Espace Genre de la Maison de l’Amérique Latine, the European Women’s Lobby invites you to know more about sex trafficking between South America and Spain. Hosted by the Instituto Cervantes, the event will welcome the film director, as well as Inés Ayala, Member of the European Parliament, for a discussion after the screening.

The organisers of the European Week of Action for Girls 2016 invite partners, MEPs, decision-makers from the European Commission and EU Member States, as well as the media, to play a life-size version of the board game “Snakes and Ladders”, based around the theme of EU Girls Week 2016: “GirlsCount: ideas + investment = impact”.

Description: The movie Driving with Selvi will be screened as part of the Week of Action on Tuesday 11 October in association with CINE ONU. The documentary focuses on South India’s first female taxi driver, a young woman named Selvi who had previously escaped a child marriage.

The film will be followed by a Q&A with: Selvi and Elisa Paloschi – Director of “Driving with Selvi”, Jackline Waweru – Youth Activist from Kenya, Sietske Steneker – Head of UNFPA Brussels.

Investing in and Empowering Women and Girls in Crisis and Fragility

Description: As more than 1.5 billion people live in fragile and conflict-affected states and women and girls face greater obstacles to reaching their full potential, the event discusses how to ensure a comprehensive approach to sexual and gender-based violence, including the prevention of violence. The event will also reflect on the opportunities for increased gender equality in such settings, and the importance of developing gender-sensitive approaches to programming, including gender budgeting.

Description: Join DSW in Brussels on October 12 from 17.00 to celebrate our 25th birthday as an organisation fighting for young people, gender equality and sexual and reproductive health and rights. We are delighted to invite you to at our office at Avenue des Art 43 for a cocktail reception, including remarks from DSW, youth activists, and the European Commission.

Add It Up: Making Budgets Work For Girls

In June 2016, the UN Committee on the Rights of the Child adopted its General Comment 19 on “Public budgeting for the realisation of children’s rights” providing States with practical guidance on how to effectively implement their obligations under the UNCRC. The launch of the General Comment will aim to introduce the audience to its main principles, while showing how it can be used as a tool to make girls’ rights a reality. Followed by a more practical session on girl-child sensitive budgeting featuring concrete case studies, this event will give EU officials very useful tools to truly deliver on promises made towards the world’s girls.

Linking evidence and experience: youth empowerment at its best

Description: Join us for an interactive session where young men and women involved in sexual and reproductive health and rights (SRHR) projects in Africa and beyond will present their evidence and experiences. Working closely with their peers, they will share stories about the lives of young people, as well as recommendations for helping them progress – based on their day-to-day reality. We will discuss best practices from Kenya and Zambia and strategies for meaningfully engaging young people in development of policies that affect them.

Our photo exhibition consists of  17 photos representing the importance of girls’ equal participation in the context of each of the 17 Sustainable Development Goals (SDGs). The exhibition was displayed in the Belgian parliament and during the 2016 European Development Days. It was also featured in The Guardian and has been shared over 19,000 times.